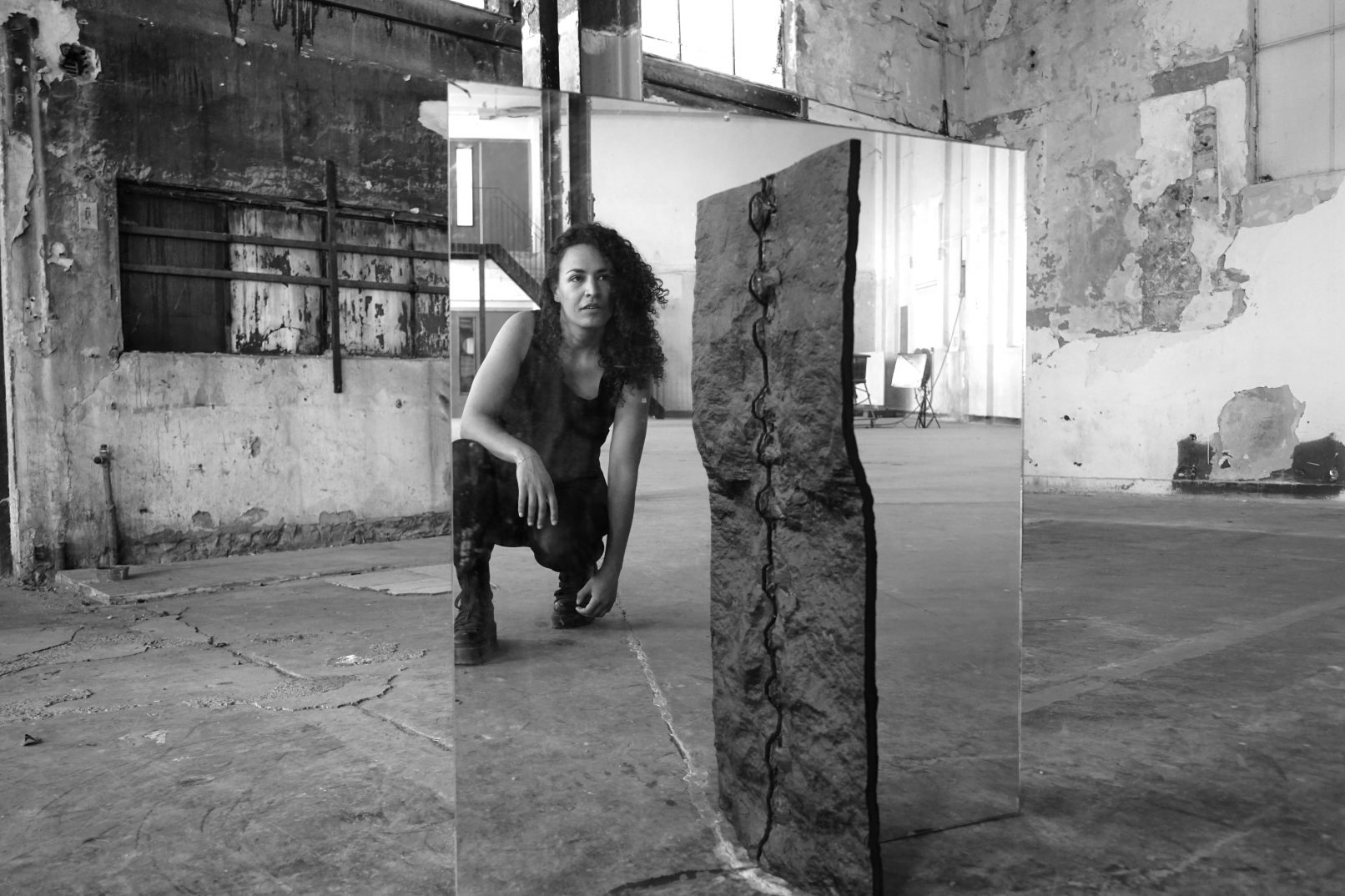 The idea of creating a sculpture that completed itself in it’s own reflection had already occurred to Badriah in 2009, nevertheless it took her 10 years to develop that idea into a sculpture. As is often the case with ideas, many of them never make it off the drawing board due to a lack of urgency. In this instance the urgency for creating the work lies within the meaning as much as within the shape. One could even state that the shape prompted the meaning.

The protrusions that can be seen in the middle are the result of breaking a stone with chisel and wedges. After casting the negative space of this rupture, the result of the destructive act of breaking is then mended by placing the piece against a mirror. The contra-shape of the wounds caused by the braking, turns into a spinal chord, animating the whole in a subliminal way.