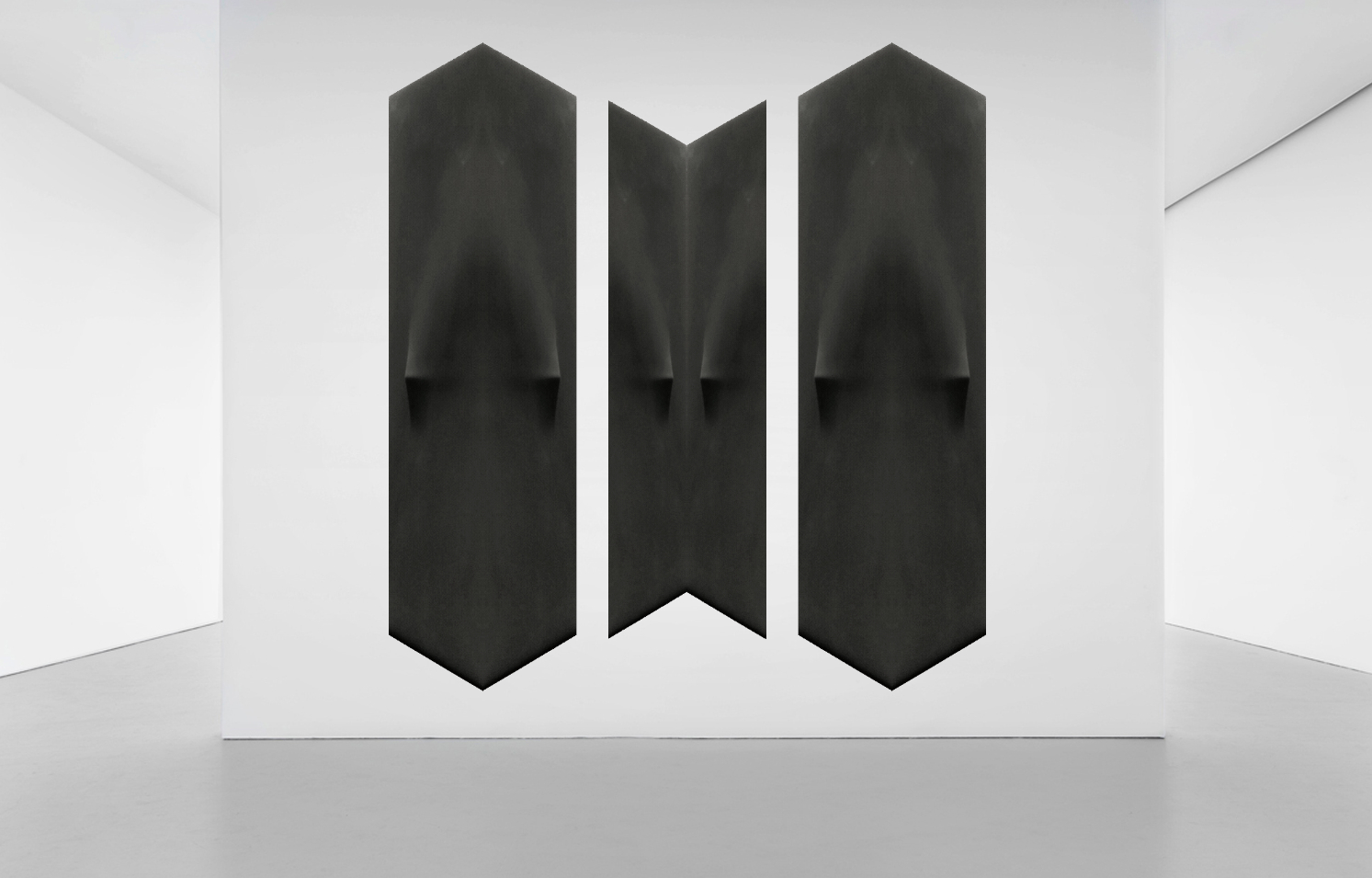 Both triptychs is based on a digital montage of photographs of an relief in white marble, which serves in turn as a sketch for these two new reliefs. The pointed element that recurs in all of it’s panels is the same. The entire piece is built up of one and the same element giving shape to the entire wall sculpture. This repetition or visual echo if you will, seems to be saying that everything is built up out of the same elements. In the end it is just a matter of positioning. The two triptychs are to be shown on opposite walls, further enhancing the image-rhyme.

Behind their muscular appearance, resides a tale of tribulation. Where the centerpiece in the first triptych is still inverted and pressed between the others, it has transformed itself in the second triptych. The entirety of the two shows us a rite of passage from the introverted to the extroverted, thus creating a liminal space for the spectator, standing at the threshold between two different ways of structuring identity.

Concept sketch for a wall-relief