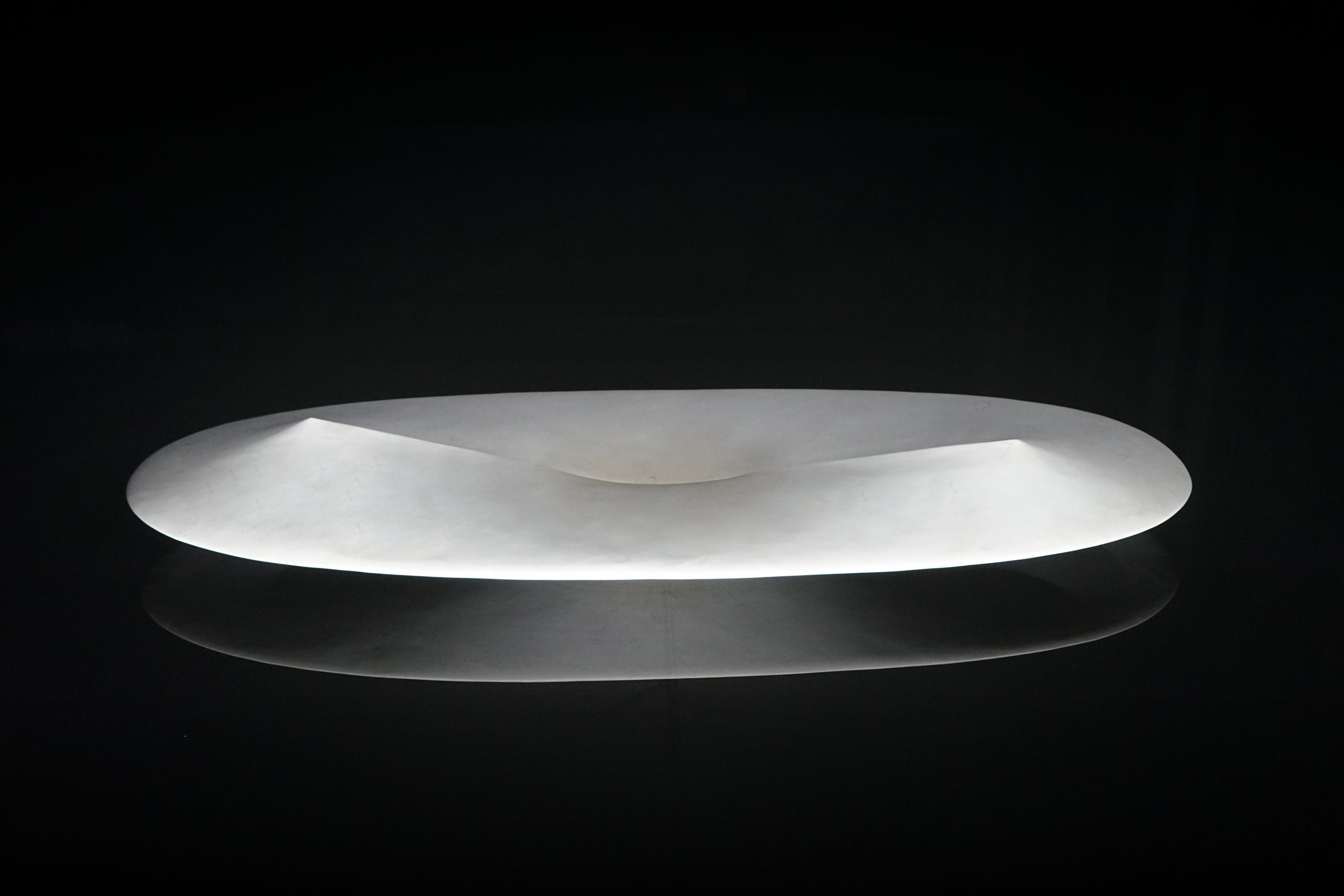 Between all of the three-dimensional work, the fact stands out that Badriah created a series of prints in 2019. The reason for this was that she had an accident resulting in a severe concussion, followed by a year of rehabilitation. She could not work much and was advised to develop a daily mediation-practice and avoid sunlight and overstimulation. Because sculpting was not an option, Badriah organically found a way of maintaining her practice by creating series of prints on the basis of photographs of her own sculptures. This is how series the REEL came into existence.

Making use of bilateral symmetry, Badriah gave the images a strikingly serene appearance. Within them she strives for formal and internal equanimity, much like in her own proces of reuniting the body with the mind. One could state that the hours that she spent meditating as a part of the rehabilitation, indirectly gave rise to a center and a centeredness within the work.

This reworking of existing material proved to be a way of creating a new context for her past states of being. The ‘reflections’ that Badriah creates, point towards a parallel world that dwells underneath the surface. The artist seems to ask questions about the nature of reality, trough this imaginary realm. The dualism and reversal, that previously were only in-explicitly there, now become part of the method and of the message of Badriah’s work; reversing and feeding itself with itself.

The series of prints gave rise to  a video of work A11 placed in a 15 meter long water basin, creating that same imaginary realm as can be seen in the photo series. As very narrow beam of light hits part of the object. It get’s veiled it in darkness while simultaneously part of it is revealed in an almost voyeuristic manner, much like watching someone sleep, when, at the break of dawn, a stipe of light illuminates the skin.

The silent poetry of a moment lost in time.