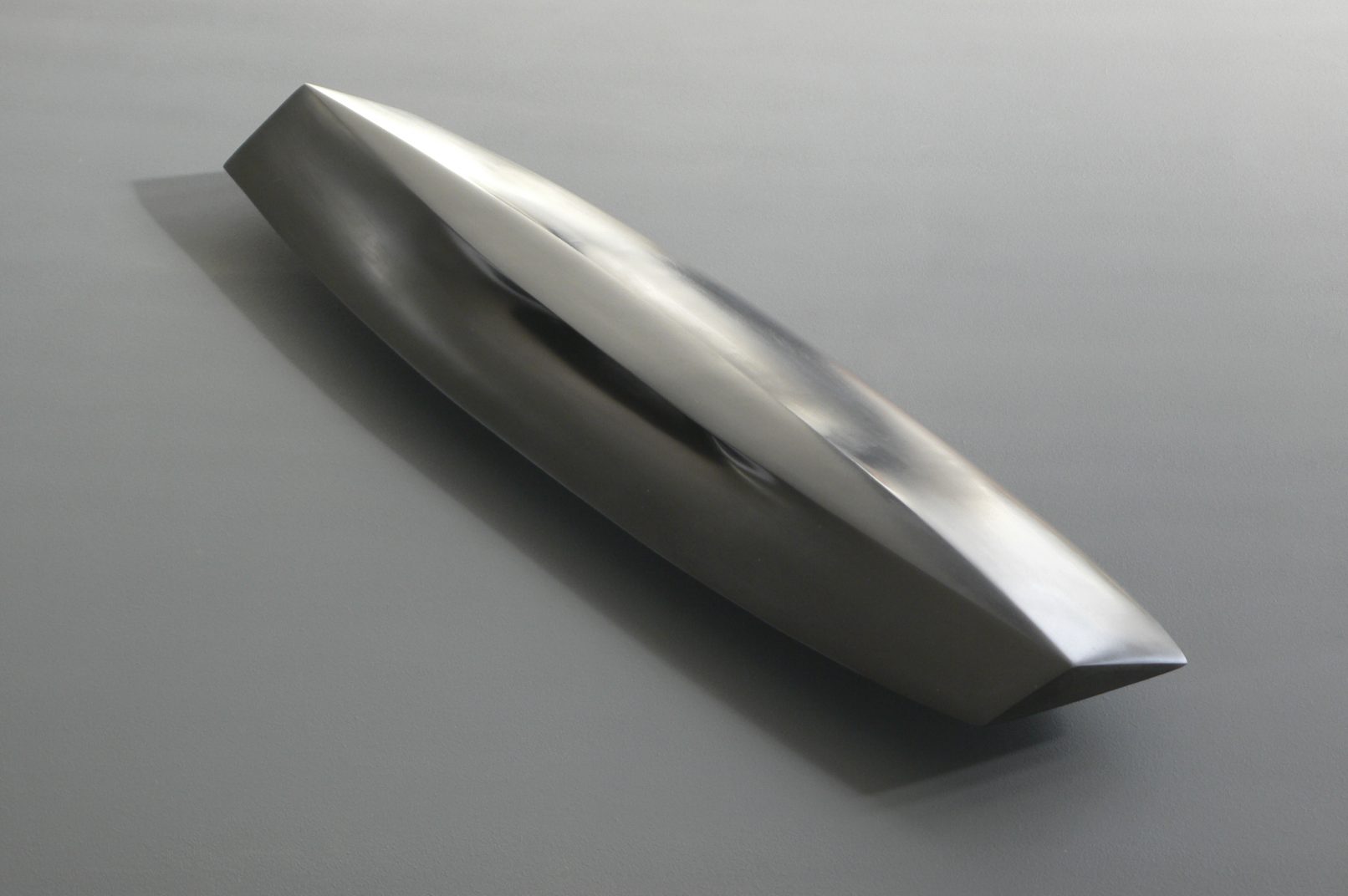 At an exhibition Hamelink once encountered a mysterious object. A rounded stone with a hole; a very early Bactrian Idol from around 3000 to 200 BC, as she would later find out. But knowing it’s origins did not provide much more clarity. How could this strange looking abstract thing ever have been an object of worship? Was the hole a metaphorical image or was it the result of a practical use? In an attempt to answer these questions Hamelink set out on a morphological quest, that lead her to believe that the hole was indeed a symbol of fertility and might have been used in ritual. In older bactrian idols, a head, carved of a different stone, has been inserted into the hole, turning it into a female deity.

The idea that the depiction of the deity evolved from abstract to figurative, stimulated the imagination of the artist. And while conjuring up ritual usages for these idols, she got inspired to create a fortune-telling stone. A10 is a rattle-back, made from black slate. By carving a hole in this incredibly flaky stone, Hamelink pushes the limits of the material, creating an inner tension. The sculpture invokes it’s own destruction. At some point chaos will inevitably take over and the upper bridge will break off, leaving the stone it sprang from. In both it’s destruction and the determined spinning direction A10 seems to be playing with the unknown by providing certainty’s.